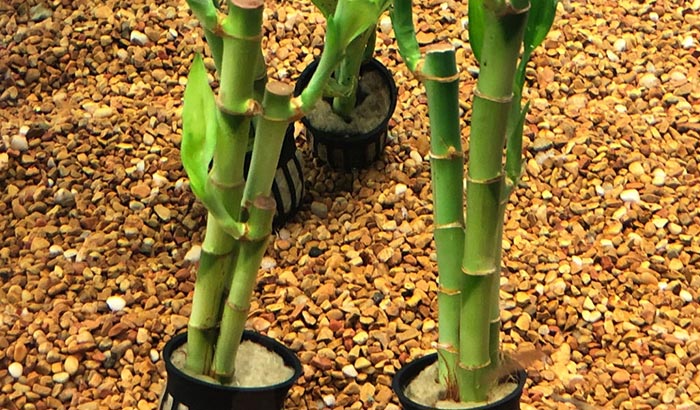 We all want to have the best appearance in our fish tank. Whether it’s adding different accessories or adding various plants, it is all about having a perfect look at our aquarium. There are different types of plants that can be put inside the fish tank, but aquarium owners have a unique idea of adding bamboo to the aquarium. But the question is, can you put bamboo in a fish tank?

To answer this question will all depend on what type of bamboo you will be using. The real bamboo, which is actually not an aquatic plant, is absolutely not allowed in the fish tank because of its tendency to decay or rot quickly. However, there is a plant with the scientific name of Dracaena Sanderiana, popularly known as “lucky bamboo,” which is safe for all types of aquarium.

Putting Bamboo in a Fish Tank

Every plant that you put on the aquarium must be beneficial to the fish and the overall ecosystem of the aquarium. Having some plants inside the fish tank can help in the filtering process, which can help turn the fish healthy and the environment stable. Meanwhile, the lucky bamboo is no different as it allows the aquarium’s filtration system with its ability to absorb nitrates while preventing the accumulation of ammonia.

Physically, this plant is one of the most unique that you can put on the aquarium. It’s tall, thick, and sturdy, which should fit nicely into the fish tank. The lucky bamboo will remain static and will not move with the tank’s water flow, thus creating an excellent way for the fish to navigate. Another benefit of having the lucky bamboo in your fish tank is its ability to improve the condition of the aquarium’s ecosystem.

The lucky bamboo can absorb the nitrates in the water and eventually uses the components to help them grow. With fewer nitrates in the water also reduces the chance of the algae to thrive in the fish tank. As a result, the aquarium will be cleaner and healthier for the fish and the overall ecosystem inside the fish tank. The lucky bamboo also provides an excellent supply of oxygen, which will benefit some species of fish.

Another advantage of having the lucky bamboo in your aquarium is it does not demand too much light. Meaning, lucky bamboos can thrive in shaded areas or under medium levels of light. It does not need to be exposed to the sun or artificial light for so long because it grows without the exposure of so much light.

Can You Put Legos in a Fish Tank

Another unique idea is to put some Legos in the aquarium. But can Lego go to an aquarium? Yes, Lego bricks can be installed inside the fish tank without affecting the fish or even the environment inside the aquarium. But is it safe for the fish? Absolutely yes, as Lego bricks are made of ABS plastic which in general is safe for fish. Also, a lot of commercial decorations are made of plastic which is more or less similar to the type of plastics made from Lego.

But when installing Legos in the aquarium, make sure that you will put sturdy bricks to prevent them from floating, which might compromise your filtration system. Avoiding smaller bricks is also essential not to give any chance for the larger fish to eat the smaller Lego bricks. You will also need to provide support to the assemble Lego once it is under the water to make them stationary and prevent them from floating. 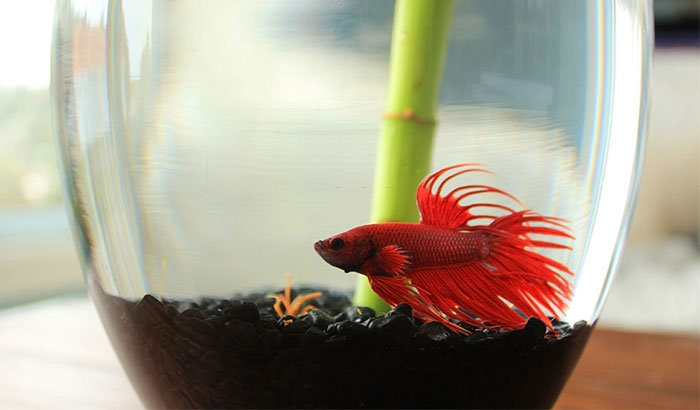 Can You Put Metal Objects in a Fish Tank

Another unique idea to enhance the look of your fish tank is to use metal objects. But is this possible? Can you put metal objects in a fish tank? Unfortunately, not all metals can be put underwater and inside the aquarium. Metals such as iron, bronze, copper, brass, and even carbon steel have the tendency to corrode and oxidize as time goes by.

However, there are some metals that are generally exempted from this rule, such as stainless steel and titanium. These two metals are both considered safe for use in fish tanks because they have non-corroding properties, and the oxide they produce is not harmful to fish or the overall ecosystem of the aquarium. However, these two metals are usually expensive, which makes most aquarium owners ignoring fish tank accessories made from these metals.

Overall, most metal objects are not allowed to be used as aquarium decoration because of their properties. Most of the metals will rust and corrode, which makes it unsafe to be used in water. However, some types of metals can be used as accessories in the aquarium, such as titanium and stainless steel. The problem is that these metals do not come cheap, making them unsuitable for ordinary aquarium owners.

There are many different ways to enhance the appearance of your aquarium by putting different accessories underwater. One unique idea is putting bamboo in the fish tank. But the question is, can you put bamboo in a fish tank? The original bamboo is not possible because of its properties, but a plant known as lucky bamboo can be used to decorate your aquarium. This plant also provides a lot of benefits when it is put in the fish tank.

There are also other unique ideas for enhancing the appearance of your aquarium. In fact, putting assembled Lego bricks in the aquarium gives your fish tank a special but unique look, but there are different guidelines to make it safe in the fish tank. Also, putting metal objects in the fish tank should be avoided since they tend to corrode and oxidize, which harms the fish and the aquarium’s ecosystem.