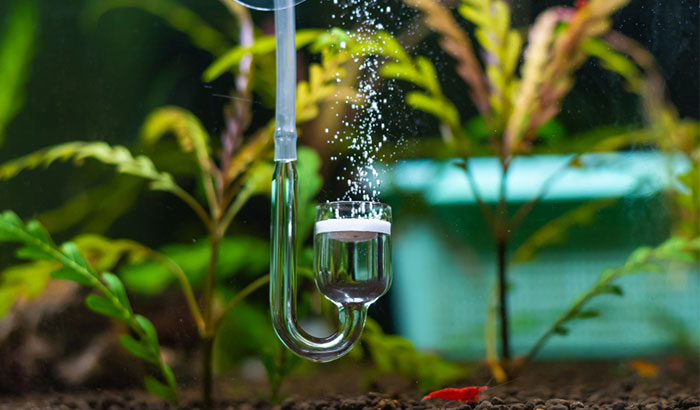 Maintaining the cleanliness of my aquarium is a HUGE priority. I want my fish to live long and healthy. I take every precaution and necessary maintenance task as well as I can. However, do I need carbon in my aquarium filter?

In my research on keeping my aquarium clean, I noticed that many hobbyists fanatically think that carbon in the filter is a must. On the other hand, another group feels just as fanatically that carbon is not essential and is actually a waste of resources.

So, I did my research. I examined what carbon does to water. I checked if I can keep my aquarium clean even without it. And I looked for other ways to keep my aquarium pristine more effectively.

What is Carbon in Aquarium Filters?

The type of carbon used in aquarium filters for decades is actually technically called activated carbon. It is a popular filtration media product.

Activated carbon can be made from any carbonaceous materials which are processed to improve their absorption capabilities. In aquariums, the most popular form is granular activated carbon (GAC). The most common material used to create activated carbon for aquariums is bituminous coal, also known as black coal.

Benefits of Having Carbon in My Aquarium Filter

Activated carbon absorbs and adsorbs contaminants in the water such as chlorine, phenols, and tannins (all of which are causes of headaches for aquarium hobbyists). Absorption is the process of trapping contaminants in the pores of the filter. Adsorption, on the other hand, is a chemical bonding process. Activated carbon traps pollutants by chemically bonding them to the many bonding sites within itself.

Activated carbon reduces the fishy odor and yellowish color that naturally develops in an aquarium. So far, carbon seems like a good option for filtration media in my aquarium. 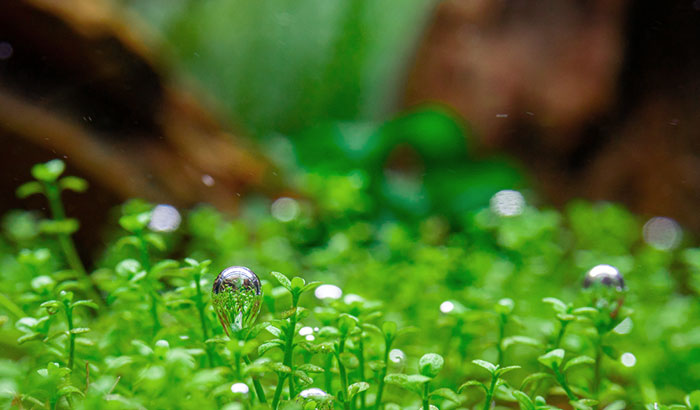 Disadvantages of Having Carbon in My Aquarium Filter

But there are toxins that carbon does not filter out. And these toxins are a big deal because they are prevalent within an aquarium ecosystem. Ammonia, nitrite, and nitrate naturally develop due to the inhabitants of an aquarium.

The fish excrete wastes from their bodies in the form of ammonia. Ammonia is toxic to the fish. Thankfully, certain bacteria grow in aquarium substrates (sand or gravel) that consume ammonia and transform them into nitrite. Then, another kind of bacteria consumes nitrite and converts it to nitrate. Nitrate is not as toxic to fish as either ammonia and nitrite. However, a large amount of nitrate in an aquarium is still dangerous to the fish.

The fact that activated carbon does not filter ammonia, nitrite, and nitrate means that it’s not the solution that solves all problems. However, the same bacteria that convert ammonia into nitrite and nitrite into nitrate can also live in activated carbon. So it can indirectly filter out ammonia and nitrite.

But if I already have gravel, I don’t need carbon. Furthermore, activated carbon filters out most fish medication. It will take the extra work of removing the carbon from the filter before giving the entire course of medications to the fish.

Lastly, activated carbon gets exhausted. It does not last a long time before it reaches its maximum absorbing and adsorbing potential. After a month, carbon will no longer filter contaminants and pollutants. The aquarium will smell and look yellow again. It requires monthly replacement.

After looking at the pros and cons of having activated carbon as a filtration media in my aquarium, carbon seems like an added cost. I would have liked it better if it can filter out ALL toxic contaminants and pollutants if I had to change it every month.

Since I have aquarium gravel, which can provide a home to bacteria that can remove ammonia and nitrite, I don’t see the point of carbon. “What about the nitrate, phenols, tannins, and chorine? How will I take care of those?” I hear you ask.

Since cleaning the aquarium and replacing its water regularly effectively removes chlorine, phenols, tannins, and nitrate, I say that carbon is unnecessary.

Carbon filters out chlorine, tannins, phenols, and medication – but it can’t filter out ammonia, nitrite, and nitrate. It requires to be replaced monthly and yet doesn’t eliminate the need to clean and replace the aquarium’s water. On the other hand, gravel and regularly cleaning and replacing the aquarium’s water does what carbon can and more, for less the cost. Do I need carbon in my aquarium? I don’t think so.