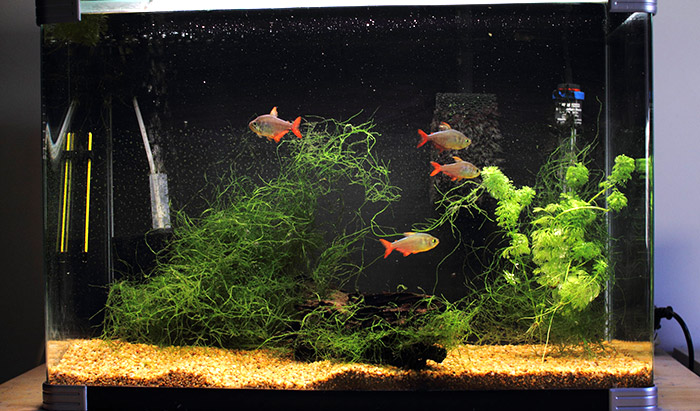 The main reason why you want to have a balanced KH in your aquarium is to make sure that pH stays at a stable level, in which all inhabitants are able to thrive and survive.

Some of the ways to lower KH in your tank are by using acid buffers, mixing different types of water, or releasing tannins (tannic acid), all methods need to be done in moderation to prevent a sudden change in pH that could lead to damage or death of aquatic life in your aquarium.

How to lower KH in freshwater aquarium

Freshwater aquariums’ KH should have between 4-8 dKH (degrees of KH) or 70-80 ppm (parts per million) if you have aquatic animals that needs a lower pH environment then you could lower it down but generally, you don’t want to reach 2 dKH or below because it will cause pH swings that are not safe for your fish and plants.

Using this method is ideal for aquariums with plants that would use the excess CO2 since acid buffers are used to convert KH into carbon dioxide which would result to lower KH, controlled pH and increased CO2.

An excess amount of CO2 will not be a safe environment for aquatic animals, that is why this method should be applied at a slow moderated pace. You have to constantly check both the KH and CO2 to make sure that everything is balanced.

Imagine the distilled water as a blank canvass, free from KH and other impurities, the amount of tap water that you put in the mixture would determine how much KH is going into your aquarium.

This has been proven to lower the KH in freshwater aquariums, distilled water is available in most grocery stores and is usually affordable by the gallons but if you are changing your water tank every week then it might be a bit costly.

Create your own pure water

You can purify your own water by using the RO (Reverse Osmosis) system or the DI (Deionization) water filter.

These filtering systems are not only used for reefkeeping or aquarium maintenance but are widely utilized for whole houses, restaurants, and faucets since it is one of the most extensive filtration method available in the market.

You can even consider it as an investment since the setup and installation of the system might be costly but once it’s in place, you will surely be saving a good amount of money. 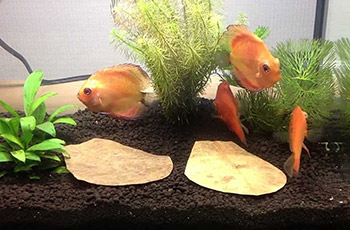 The Indian almond leaves are known for their medicinal value and as an aquarium water conditioner, especially for betta fish and shrimp tanks.

It is grown and harvested throughout the tropical regions of Asia, Australia, and Africa. People used to import these leave directly from the source but now they are widely available online or even in some local pet/fish stores.

Once the leaves are completely dry and turned brown, you can add them to your water. The Indian almond leaves will then start to decompose, releasing a yellowish or brownish colour to the water, that’s when you know that tannins are being released.

Tannins will then start to consume the KH, slowly lowering it down. The slow decrease of KH might urge you to keep adding more leaves to speed up the process but that would be a risky move and you could end up lowering the KH too much and affecting the pH level in the process.

Make sure to monitor the KH and pH level while doing this so you don’t end up putting your inhabitants in a dangerous situation. 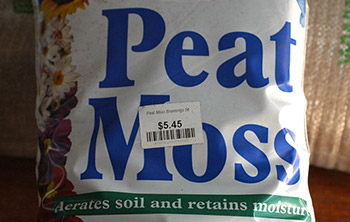 First, make sure that you will be using the organic type and not the ones treated with fertilizers, aquarium safe and not garden peat moss for it could be harmful to your aquatic inhabitants. Peat moss is a collection of dead and decayed moss that accumulated at the bottom of bogs.

It can be used as a substrate in your aquarium or placed in a mesh filter and let soak in the tank. Because of its dark brown colour, it will give your aquarium water a brown shade once it starts to dissolve.

To minimize or prevent the discolouration of the water in your aquarium, you can boil the peat moss for an hour and let it cool, discard the coloured water and repeat the process until the colour is clear.

Start with a small amount, monitor the changes in pH and KH level each time to add and make sure that you will not go below the recommended level of KH and pH. The general rule is that you should not go lower than 2dKH and stay within neutral pH which is 7pH level.

Water hardness is probably one of the basic things that you need to know if you are maintaining a freshwater aquarium, to achieve the closest possible environment to their natural habitat the adjustments will mainly depend on the general hardness (GH) of water which comes hand in hand with KH.

No matter what method you choose how to lower the carbon hardness in your aquarium, always keep in mind that this interconnected system will keep on changing consistently and it is up to you to make sure that all inhabitants are growing at a healthy pace.