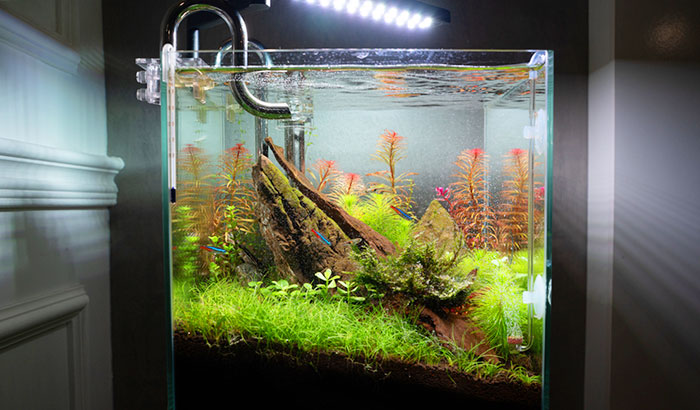 Maintaining an aquarium is not as easy it appears to be; I don’t have to just drop a bit of fish food now and then. I have to regularly clean the tank, replace the water, make sure the alkalinity of the water is correct, check the saline levels, and manage pollutants, parasites, and toxicity. Part of checking and correcting toxicity is managing the nitrate levels. But how to remove nitrate from aquarium water, I wonder.

My search for the best way to remove nitrate from aquarium water led me to some exciting knowledge. I will share what nitrate is, how it develops in aquarium water, and how to remove it from the aquarium if it has to be removed.

Nitrate (NO₃) is the most significant source of nitrogen for plants. It is part of any environment and is essential for all living things. Nitrate is a naturally occurring ion in the nitrogen cycle.

In the aquarium, it is formed by bacteria converting ammonia and nitrite into nitrate. This process is the nitrogen cycle of the aquarium. Fish excrete their bodily wastes in the form of ammonia, a nitrogenous waste product. Then certain bacteria consume that ammonia and convert it to nitrite.

Lastly, a different type of bacteria eats the nitrite and transforms it into nitrate. These bacteria are commonly found in the substrate of the aquarium.

But then what happens to all the nitrate that the nitrogen cycle produces?

Since it is a natural part of any environment, it doesn’t typically pose a threat to the fish in an aquarium. However, too much of it can have adverse effects on the ecosystem.

Prolonged exposure to too much nitrate can lead to nitrate poisoning. Lethargy, poor coloring, weak immune system, and weaker appetites are all signs of nitrate poisoning. And because nitrates have the same effect in water as phosphates do, too many nitrates drastically increase aquatic plant life. Although plants and algae provide food for fish, too much of them reduce the oxygen levels in the aquarium, effectively killing the fish.

In short, controlling the nitrate levels in an aquarium is a must for hobbyists such as myself. It’s not necessary to remove ALL of the nitrates – it is needed for all life in an ecosystem to thrive. But it’s critical to make sure it doesn’t go out of hand.

How to Control Nitrate Levels in Aquarium Water? 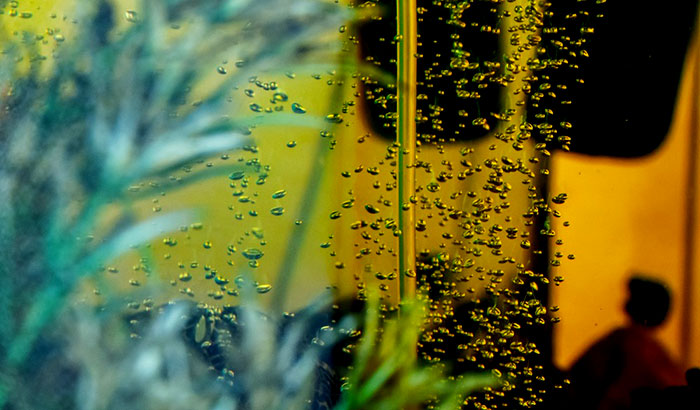 The better question to ask is how to lower the number of nitrates in aquarium water. In nature, the concentration of nitrate in water is extremely low. It is usually below five ppm (parts per million). For example, in a liter of water, the nitrate level should only be 5 milliliters maximum.

But in an aquarium setting, nitrates should never exceed 50 ppm. The preferable amount of nitrates is below 25 ppm. But if I were preventing the growth of aquatic plants, like algae, I’d keep the nitrates below ten ppm.

According to the nitrogen cycle in an aquarium, the amount of fish food corresponds to the number of nitrates. Overfeeding the fish is a major cause of excess nitrate in the aquarium.

However, if I need to reduce the number of nitrates in the water FAST, there’s only one method: water changes.

Changing the water is the quickest way to remove nitrates from the aquarium. Of course, the replacement water should have very few nitrates or none at all if possible.

In short, with just a bit of math, I can drastically lessen the number of nitrates in my aquarium by replacing a portion of its water. I just have to keep in mind that the new water should also conform to the proper water parameters for maintaining life, such as saline and pH levels.

Nitrate is a natural part of an aquatic ecosystem. But too much of it is a health hazard to the fish in an aquarium. Plus, it can lead to algal growth that robs the fish of oxygen. Thankfully, there is an effective method on how to remove nitrate from aquarium water. By simply replacing the water, I can remove the majority of nitrates from my aquarium.