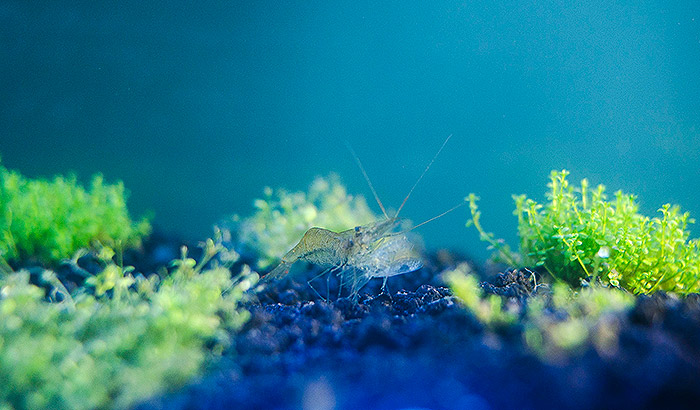 A freshwater shrimp can be an excellent addition to a fish tank because of its benefits to the aquarium. A shrimp can be a scavenger, algae eater, or can be a filter eating edible materials in the aquarium. Two of the more popular shrimp species which are often compared due to their similarities are whisker shrimp and ghost shrimp.

The most notable between these two similar shrimps is the size. The whisker shrimp are generally larger compared to the ghost shrimp as it has longer bodies and longer feelers. This shrimp can reach up to 2 inches or 5 cm in size.

On the other hand, a ghost shrimp is relatively smaller compared to a whisker shrimp. Although the size of this shrimp varies depending on age, the average size of ghost shrimp is 1 ½ inch in length. The width of the ghost shrimp can be comparable to the eraser of a pencil when it is fully grown.

Both whisker shrimp and ghost shrimp actually both come with a transparent body. However, there are physical features that are distinctive between the two shrimps. First, the legs and feelers of the ghost shrimp are accented with bright orange bands, which the whisker shrimps do not have.

Upon looking at the ghost shrimps, you will see red dots on the tail and red lines on their arms. On the other hand, you will see that the whisker shrimps come with faint blue colors in these specific parts.

When they are together in a fish tank, it is expected that the whiskey shrimp will dominate and pick the ghost shrimp apart. This situation is so true, especially when the tank is overcrowded. The whisker shrimp also has the tendency to bully other species of shrimps. But this dominant trait is negated by its ability to be excellent tank mates to freshwater snails.

Other fish tank owners usually turn to food to control the aggressiveness of whisker shrimps. When they are well-fed, it will undoubtedly reduce their aggressive tendencies while eliminating the chance of eating the more inferior species in the fish tank.

You can also differentiate between these two shrimp species by the applicable tank requirements they need. For the smaller ghost shrimp, you will only need a 2-gallon fish tank to fit one ghost shrimp. But since shrimps will thrive in groups, a 5-gallon fish tank is enough for 5 shrimps.

On the other hand, the tank size requirements of whisker shrimps are generally larger. The reason behind it is their aggressive tendencies which require them to have greater space to prevent them from dominating other species.

Since the whisker shrimp can also be territorial, a bigger fish tank is needed. It is highly recommended that the minimum tank size is 10 gallons for whisker shrimps. The size is enough to limit the danger of this shrimp to the other species inside the aquarium. 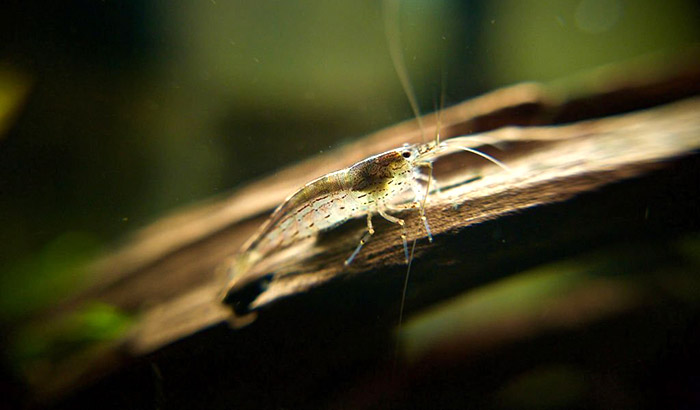 The water parameter requirements can also be used to differentiate between these two shrimp species. The water parameters are important in the sense that shrimps need calcium, magnesium, and other minerals to thrive and live.

It is essential to have the correct water parameters all the time for these two species to live and create a perfect environment for them to live. The table below shows the difference in water parameter requirements between the two crustaceans.

These two shrimp species can also be differentiated by the tank mates they prefer inside the aquarium. Ghost shrimps can live with other species of shrimps and other fish such as rasboras, tetras, and dwarf suckers. They can also live harmoniously with snails.

However, ghost shrimps cannot live together with the more aggressive fish such as barbs, mollies, bettas, and many more. It is not also advised to put them together with cichlids, angelfish, and other fish with large mouths.

For whisker shrimps, they can live harmoniously with emails, rasboras, dwarf suckers and other small and peaceful fish. It is not advised to put them together with aggressive fish such as mollies, tetras, betta, and many more. It is also not recommended to put them on cichlids, goldfish, and other fish with large mouths.

Comparing whisker shrimp vs ghost shrimp will give you the idea that not all shrimps are the same. Some are aggressive, and some are not. Some shrimps can be put together with some fish, but some are also not advised to share in a single tank. Generally, ghost shrimps are peaceful and are highly recommended for newbies planning to put shrimps in their aquarium.