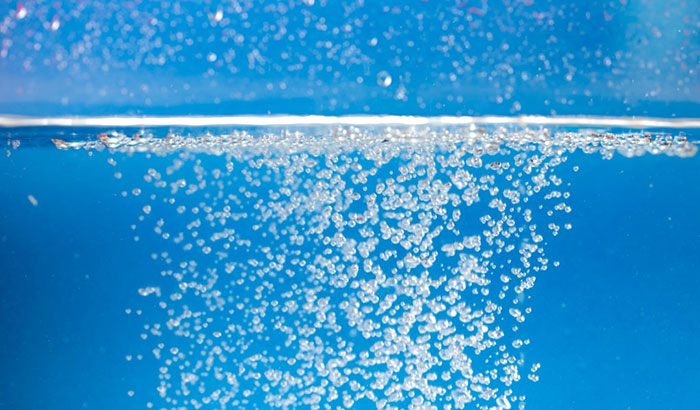 If you are an avid aquarist, you should know the importance of providing dissolved air to the aquarium’s inhabitants. Several devices can achieve such results, but the general population doesn’t know what those devices are and which is the best in an aquarium setting. This air stone vs. bubble wall post settles the differences between these two devices. We will tackle their differences in function, looks, features, and more.

Air Stone vs Bubble Wall – Not a Competition

The first thing you have to understand about these two devices is that they don’t have the same function. It is not right to compare them to one another because one serves as an aquarium accessory while the other as a decoration.

The air stone is a tiny aquarium accessory that primarily helps in the critical exchange of gas underwater. On the other hand, a bubble wall is an enclosed body of water that features dancing bubbles within itself. A bubble wall is more of a decoration piece; it can have features such as LED lightings, uniquely shaped structures, custom logos, and more.

The Functions of an Air Stone and a Bubble Wall

Let’s go into further details regarding the functions of these two devices.

The air stone has several functions. Its primary function is to promote the exchange of gasses within the aquarium by circulating the water.

Circulating the water inside an aquarium promotes the rapid exchange of dissolved gasses like carbon dioxide, methane, nitrogen, and oxygen.

When there is no water movement, the water and the dissolved gasses at the bottom of the tank remain there. This setup is comparable to a room with no ventilation system in place. All the stuffy air remains in the room instead of getting released out. Water circulation ensures that all dissolved gasses like carbon dioxide, nitrogen, and methane get released into the atmosphere, and oxygen enters the water.

Physical Activity for the Fishes

In environments such as small aquariums, fishes get restricted movements because they don’t have enough room for active swimming. But with water circulation, there is constant resistance that makes the fishes exert effort and use their muscles. The opposition may not be much, but it’s better than nothing.

The water circulation that an air stone can provide can help fishes get the physical activity that develops their muscles and promotes growth.
Filtration

Lastly, an air stone somewhat assists in the filtration of an aquarium. Another side effect of water circulation is that it never allows organic wastes to settle on the bottom of the tank. Wastes such as toxins, mucus, and metabolic feces will not set on the corals usually found in aquariums if the water keeps moving.

The primary purpose of a bubble wall is to serve as decor. It looks nice, it’s unique, and it is an artistic addition to any room or office. But unlike other forms of art, the look of a bubble wall constantly changes because the water and the bubbles within it perpetually move. It is a lovely view for anyone in the office or room.

A bubble wall is an excellent way to distract anxious or nervous patients in a doctor’s waiting room because of its unique aesthetics. Plus, you can customize a bubble wall to have a relaxing sensory and therapeutic appearance.

The Features of an Air Stone and a Bubble Wall 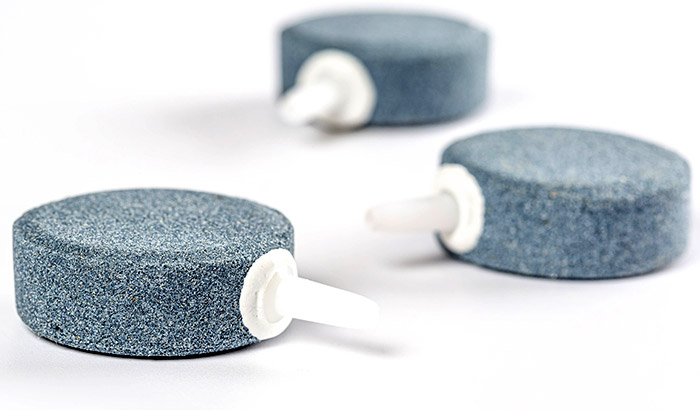 The airstone is a tiny, porous device that comes in many shapes and sizes. It does not necessarily need to be made of stone; a few varieties of air stones are made of limewood. Most of the time, these devices are colored gray or blue. They can be round, cylindrical, domed, rectangular, or shaped like a coaster. In other words, they come in many shapes and sizes, depending on what you need for your aquarium.

On the other hand, a bubble wall is usually a large decoration piece. Bubble walls also come in many shapes and sizes, just like air stones do. The maximum standard size of a bubble wall is 8 feet high and 4 feet wide. They are typically not very thick decorations, usually less than a foot in thickness.

At the bottom of the wall panel are holes through which a pump delivers air. The air becomes bubbles in the water encased in the wall and floats to the top. If the bubble wall has LED lights, it can set the mood or ambiance of the bubble wall uniquely.

An air stone and a bubble wall are two very different things. Their only similarity is they both produce bubbles. Other than that, they differ in functions, features, and looks.

This air stone vs. bubble wall post clarified the differences between the two devices. An air stone is an aquarium accessory that provides oxygen, circulates the water, and exchanges the gas in the tank. The bubble wall is a decorative piece that can set the mood in a room.