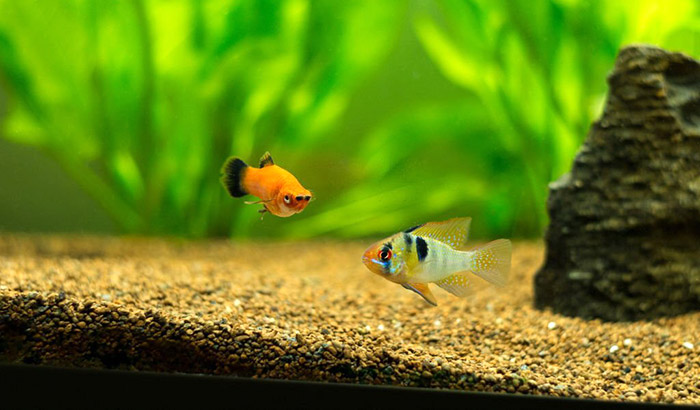 The platies are one of the more popular species used in the aquarium. Apart from being colorful, they are also easy to maintain. However, when having platies in the fish tank, you need to control the population of the male and female platies when breeding.

There is no definite size for a female or male platy when fully grown. But, the only difference between the two sexes is that the female tends to grow bigger compared to the male. They can have the same size when they are babies, but the difference will be noticeable as they grow.

You can also differentiate between male and female platy through the shape of their bodies. The female platies come with rounded and plumber body structures, apart from being naturally bigger.

On the other hand, the male platies are generally smaller and have a smoother and sleeker body shape. One thing that you should remember is when the female platy gets pregnant. You will notice a slightly swollen belly and some darker spots in the middle.

You can also differentiate the male and female platies through the vibrant colors in their body. Like any other fish species, the male platies come with more vibrant colors and more complex patterns than the female because they naturally use them to attract their female counterparts to mate.

But more or less, both the male and female platies come with similar patterns. You can identify them by the quality of the colors of the bird. It is also normal for the male platies to have darker hues than their female counterpart. 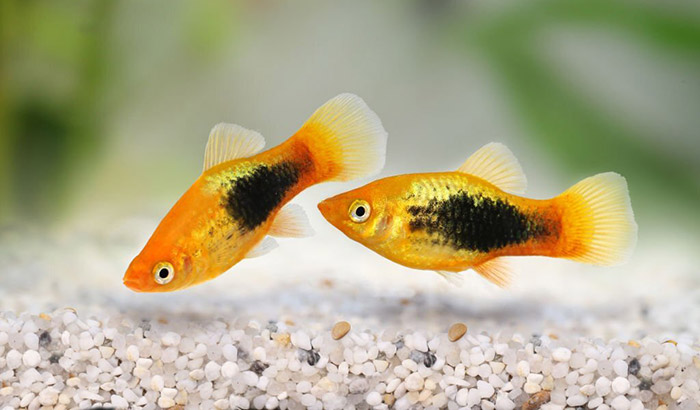 During the period of pregnancy, expect this gravid spot to grow larger and even become larger as days go by. This spot indicates that a smaller bird fry is developing beside the female patty’s abdomen.

The behavior can also determine which is male and female platy. For the male platies, their primary objective is always to catch the attention of female platies. This situation is normal since platies are known to be livebearers.