The Siamese algae eater and Chinese algae eater are often mistaken to be the same because they say they have similar appearances. However, if you take a look closely, they are very different.

Visually, the Siamese algae eater is similar to another algae-eating fish, the Otto, during its early years. They usually come with a white-silver color and a colored black strip running down in its body.

When most of the algae-eating fish come with an elongated body structure, the Siamese algae eater looks like a standard fish like Denison barbs or rainbow sharks. The mouth of these fish also comes with barbels and some spots on their spine.

Although there are some species with black stripes along their body, but it’s very rare. They also come with a unique head. Actually, upon a closer look, the eyes are very near to the top portion of their head, comparable to the one with the frog. 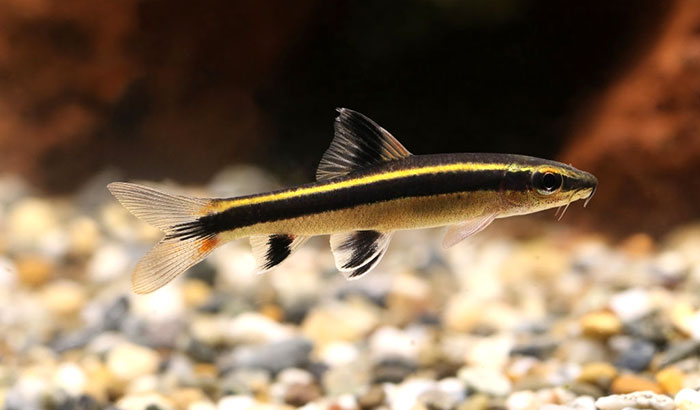 Physically, there is a stripe that runs starting from the tip of the nose to the tail fin of the Siamese algae-eating fish. In addition, it is noticeable that the fins are very clear. The Siamese algae eater fish also comes with two barbels or feelers located on both sides of their V-shaped mouth.

Experts revealed that a Siamese algae eater could grow up to six inches long. In addition, if you are a good fish tank owner that treats your fish right, you can probably see this type of algae-eating fish lives up to 10 years or probably more.

But the best character trait of this algae-eating fish is their behavior. This fish is very friendly and peaceful and has shown that they can co-exist with the other fish species while happily living independently.

You can probably put the Siamese algae eating fish with three or more fish without experiencing any territorial issues. However, some fish tank owners have seen this fish being territorial with the other fish that has a similar appearance to them.

Another noticeable character trait is they are actually good jumpers. So, as a responsible fish tank owner, you must make sure that you have a very tight-fitting lid to prevent them from escaping. But what is actually impressive is what they eat as algae-eating fish.

They always eat those hair algae, which is always left behind by aquarium cleaners. They can also be convinced to eat red algae and blackbird algae if they need to. They are also seen cleaning those algae away from those live plants but make sure to support them with sinking wafers to supplement their diet. 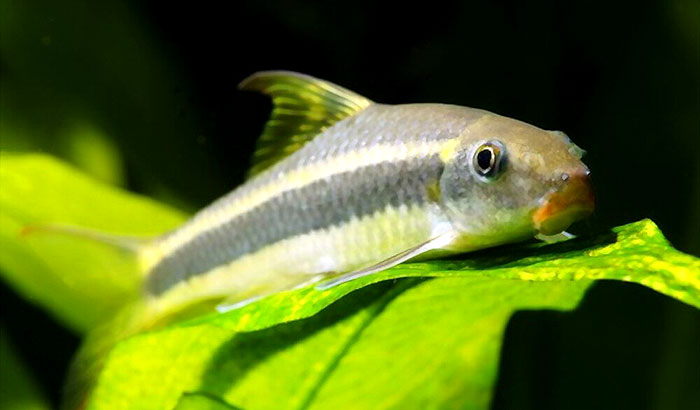 If you are not familiar with this species, they really look like the Siamese algae eater. However, if you take a closer look, you will definitely see the black stripe found in their back but is usually lighter in appearance. They also have some dark spots which are absent from the Siamese algae-eating fish.

But the most significant difference and probably the best way to differentiate these two algae-eating fish is the absence of barbels. As mentioned earlier, you will find the Siamese algae eater with two barbels located on both sides of the mouth while this species does not have barbels.

The Chinese algae eater comes with a sucker-shaped mouth which is called the plecostamus. In addition, this fish will probably grow up to 11 inches in size, which is way much bigger compared to the Siamese algae eater.

But the biggest difference between these two species is their behavior. If the Siamese algae eater is very friendly, the Chinese algae eater is different. This fish is known for being temperamental and aggressive.

Moreover, this fish has the reputation of sucking the slime coats and scales off the other fish in the aquarium, which is a very serious problem because it can turn into an infection. This situation is the reason why they are being dubbed as the most hated algae-eating fish ever.

However, as they grow old, their likeness of algae decreases, and they will prefer more on eating flake foods more than algae. The adult fish are supposed to feed also to other smaller groups of fish which is actually great.

Another impressive trait about these algae-eating fish is their hardiness. Meaning they can certainly survive in fast-moving water and even brackish water.

The difference between Siamese algae eater vs Chinese algae eater is quite apparent. Contrary to the belief that they are very similar, they have so many differences in their physical appearance, behavior, sizes, and many more. It is all about familiarizing them and knowing your preference for having them in your fish tank.