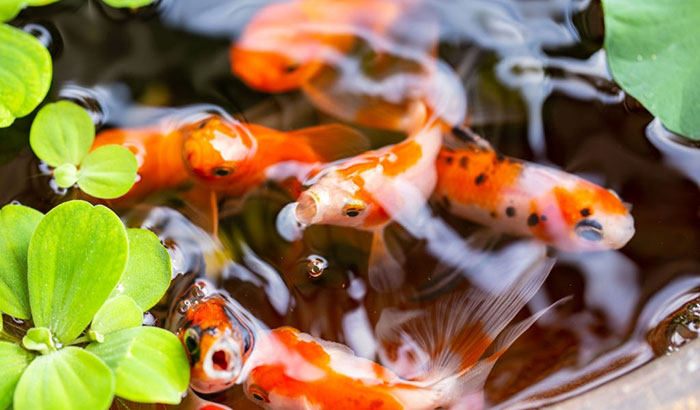 Goldfish is one of the most in-demand and most desired pet fish. Almost all fish-keepers, whether expert ones or novice, started their hobby by having a goldfish in their aquarium. It is easily one of the most common, available pet fish on the market. At present, they can be found everywhere.

Goldfish though is not ideal as a pet fish if you are new to fish keeping and still learning your way. Taking care of them is quite tricky, for they are quite sensitive, and need special attention. They can grow big, and thus needed a bigger fish tank than most of us realize. They also needed more oxygen, and thus the aquarium must always be well filtered and oxygenated.

What Do Goldfish Eat in Their Natural Habitat?

Goldfish is a member of Carp family. Goldfish are omnivores. By omnivore, we mean that goldfish eat both animals and plants. By animals of, course, we mean those who are smaller than their size. They cannot consume meat the way sharks do, but they do consume it in small quantities. By the same token, they will also consume plants and organisms that are smaller than their size.

Goldfish also consume food and organisms that can provide protein and carbohydrates. Plants and animals can easily provide these, especially in the wild.

So what are these animals and plants that gold fish consume in the wild?

Their most common and probably, most available animal food for the goldfish are insects. In the wild, they consume a lot of insects. The most common of these insects are mosquitoes. Mosquitoes, as we all know, can thread on water. This allows the goldfish the opportunity to feast on them.

Mosquitoes also breed on water. Eggs and tadpoles, and larvae coming from these insects are fair game for the goldfish. It is no wonder that goldfish originally thrive in the East, for mosquitoes abound in these regions.

Aside from mosquito eggs, tadpoles and larvae, goldfish can also consume those that came from other insects. Ultimately though, it will depend on the size or how big the “meal” is, for them to be able to consume these things.

Crustaceans are marine animals that have developed a hard shell for their bodies. Some of the smaller ones, those who are truly little, or too tiny, can be consumed by goldfish. Those tiny creatures do not have yet the hard shell which their parents possess, and thus, in the wild, they can be fair game for our, would-be pet fish.

Goldfish thrive on murky, freshwater bottoms. The ecosystem allows certain species of plankton, algae, and aquatic plants to thrive in these freshwater regions. Goldfish feast on most of these aquatic plants, planktons, and algae. Their presence allows sustaining species of goldfish, carp, and most freshwater fish.

Feeding Goldfish in The Aquarium 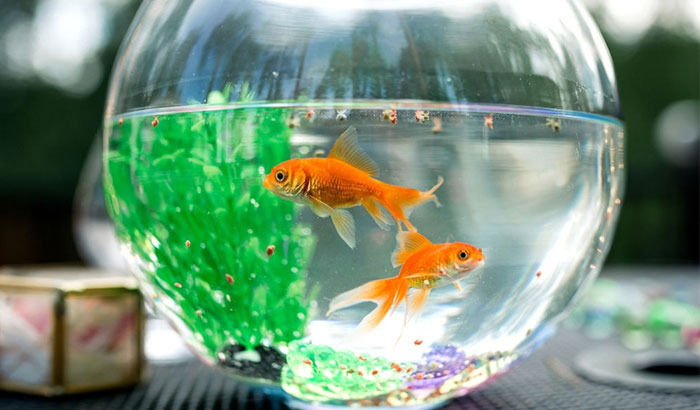 The great thing about having goldfish as a pet is that it is easy to give them their staple diet that is available in the wild. Insects usually roam in most households, and if you are engaged enough as a fish keeper, you can have some mosquitoes, larvae, and tadpoles available for your beloved pet fish.

Planktons and other algae can also thrive in an aquarium, and so, your goldfish can have a ready, steady diet of these while moving back and forth in the fish tank. If you can simulate their natural habitat into your aquarium, the chances are it will also grow organisms that can serve as food for them, just like in their natural environment.

Most fish keepers usually feed their pet fish pellets and the like. In the case of goldfish, you can give them other live food such as special kinds of shrimps, or special kinds of crustaceans called daphnia. These foods are a great substitute for those that they will find in their natural habitat or the wild.

In simulating their habitat, we must produce in the aquarium the conditions that can be found in their natural environment. The water as well as the sand, gravel, or rocks to be put in the fish tank, must be appropriate. The aquarium must also be large enough to allow the gold fish to move and act the way one will move and act in a natural habitat.

Most of all, it is best if we can feed the goldfish food that they consume in their natural habitat. They will surely feel at home. It is as if they are still in their natural environment. We must know now, what do goldfish eat in the wild?

Taking care of goldfish is quite easy, and it can be more so if you can simulate in your fish tank their natural habitat. Aside from the water, sand, and other ornaments, giving what the goldfish eat in the wild is a sure way to make them feel at home. It will make the goldfish healthy, and they will live longer.