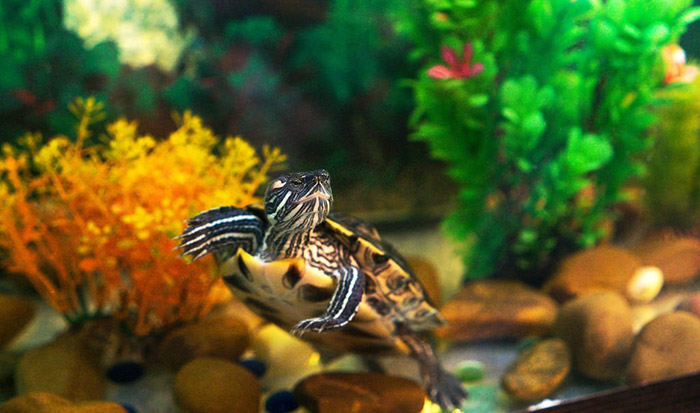 It’s not highly unusual to see turtles as pets, but owning one isn’t that easy or simple as well. After all, there’s a lot of thought that goes into setting up your tanks for a turtle. Tank owners have to think about the setup, the aquarium, lighting, filter, and heating, among many things.

Plus, many don’t want the turtles to be alone in the tank, preferring to mix them with fish. Thus, one of the commonly asked questions for soon-to-be or even current turtle owners is what fish can live with turtles.

Turtles can indeed live with fish but that would depend on the turtle species and fish species tank owners intend to mix. In this post, we will talk about the basics of having turtles and fish live together. 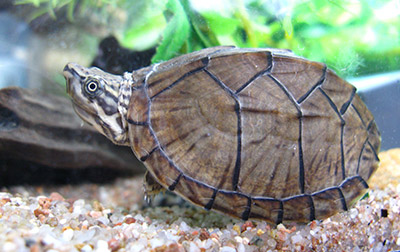 If you are just about to acquire a turtle and are thinking of mixing it with fish in a tank, then you must carefully choose the turtle’s species.

Keep in mind that turtles who have been consuming feeder fish or guppies are likely to view any fish on the tank as food. As such, regardless of their species, one must avoid getting a turtle that’s been fed with fish for most of its life.

Below are turtle species that can be mixed with fish

It’s one of the most common turtle species kept by people. This species is omnivorous, however, the adult ones are more herbivorous. The adult red-eared slider can peacefully live with big fish species.

Musk and mud turtles are said to be the best turtle species that can be housed with fish since they are not prone to prey on fish. They also tend to shy away from preying on fish.

In their natural habitat, thes turtles wait out for prey that move slowly from the muddy part of their dwelling. Given that fish tanks generally don’t have muddy areas where turtles can hide, tank owners can then house this turtle with fish.

This species can live with fish harmoniously. They feed on small insects, fish, plant matter, crustaceans, and mollusks. Just don’t mix them with small fish and they can cohabitate in the same tank or aquarium as fishes.

Fish That Can Live with Turtles

When looking for fish that can live harmoniously with turtles in an enclosed space, then consider getting hearty fishes. Size matters too as many turtle species also eat small fish. It is best to opt for a large-sized fish. A fast fish is also a good choice since turtles who are known for being slow will have a hard time catching them.

Below are some fish species that you can choose to mix with your turtle. 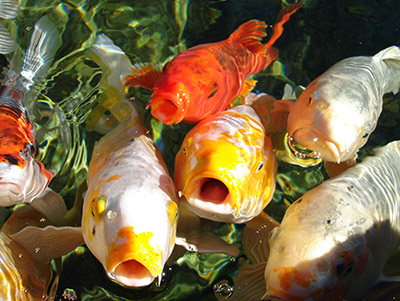 Koi, a member of the carp family, is popular for being kept as attractions in water gardens and ponds. They are strong swimmers so they can easily swim away from turtles. They are large, capable of growing up to several feet, and thus cannot easily be bullied by the bigger tank dwellers 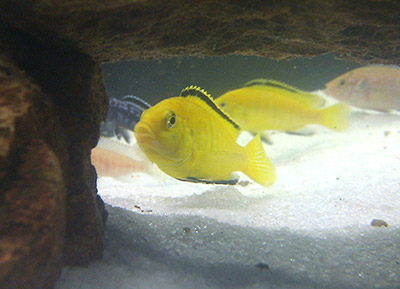 Tank owners should also strongly consider Cichlids as many turtles don’t see this fish species as a possible prey. After all, they can grow up to 3.5 inches and not exactly the smallest fish that can easily be preyed on.

Similarly, convict cichlids can grow roughly up to five to six inches. They live in an environment full of wood, rocks, and plants, which they use to their advantage for keeping safe from turtles. Cichlids, generally, are good to combine with turtles as they are skilled at hiding. 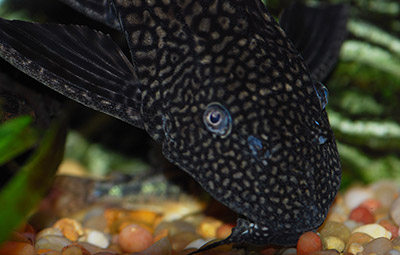 Plecos, also popularly referred to as Suckermouth Catfish and part of the armored catfish family, are hearty species. They are quite big, and can even grow as much as 20 inches.

Plus, their upper body has armor-like longitudinal rows of scutes that offer them great protection. It also helps that they are fast swimmers. 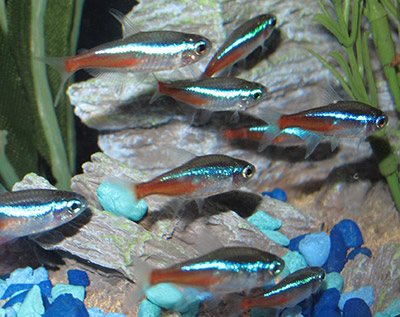 It is a species that is commonly kept by tank owners with turtles. While they aren’t as big as others on this list, they have lightning-quick speed. Turtles will have a hard time catching up with them. 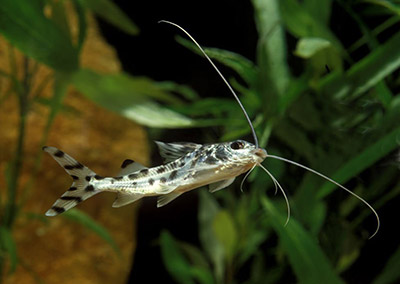 This fish species is another fish often housed with turtles. They can grow up to five inches and are known for their speed which turtles cannot keep up with. 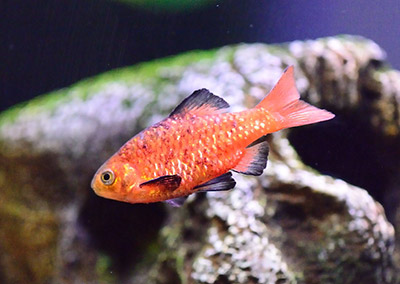 Rosy Barb is easily available in pet stores and is known for being fast. They can also grow up to six inches. 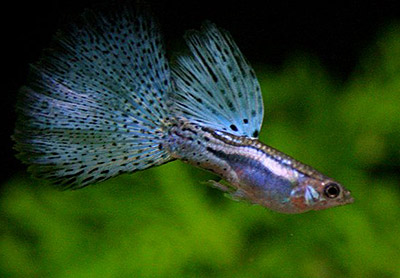 Guppy comes in different breeds and other species that can easily cohabitate with turtles. They are not that big but they are quick. Thus, it’s almost impossible for turtles to catch them.

Tips for Housing Turtles with Fish

Aside from choosing the turtle species and fish species carefully, there are other points to consider when homing turtles and fish in the same tank or aquarium.

Turtles need a good mix of deeper water and dry land in their habitat. As such, make sure to have enough tank space for both the turtle and fish you wish to house together.

You need to make the turtle comfortable by providing space that won’t make it feel claustrophobic. Plus, sufficient space also lets the turtle swim away from the turtle just in case it feels like preying on the fish.

Don’t just throw anything inside the aquarium or tank as decorations. Make sure you decorate the tank optimally, providing fish with escape routes just in case the turtle becomes aggressive and pursues the fish.

Rocks, driftwood, plants, and PVC pipes are some of the decorations you can use to provide fish the escape route they might need.
Well fed turtle

Make sure you feed your turtle properly so it goes hungry and is tempted to prey on the fish it lives with. Adult turtles typically need two to three meals per week. You can, however, expect turtles’ predatory instincts to activate if they are left starving.

Keeping Turtle Pet and Fish Together is Possible

It is possible to mix your pet turtle with fish in your tanks. Just be careful in selecting both turtle species and fish species, opting for an adult turtle and large-sized or fast fish species.

Giving both enough space, and an escape route for the fish as well as feeding the turtle sufficiently will go a long way in making these two live harmoniously in your aquarium or tank.