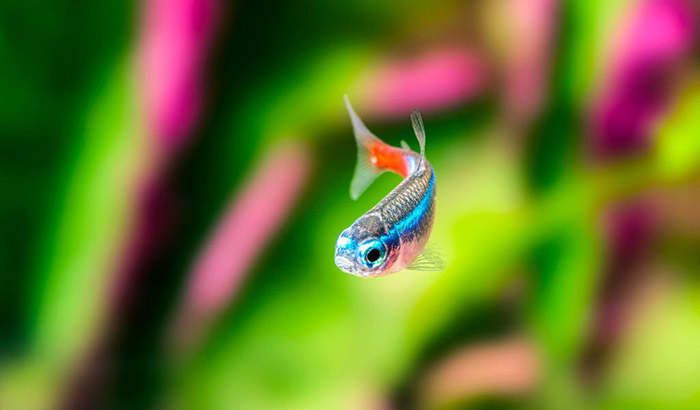 You look at your tank and notice that your fish seems to be different, looking like it has some sort of deformity. Upon closer inspection, you then ask why is my fish body bent.

It may take a while for you to notice it but once you see the bend in your fish body, then you become eager to find out more about it.

Two of the causes of the bend in your fish body are tuberculosis and scoliosis brought by inbreeding, genetic factors, and poor diet. In this post, we will discuss the causes and what you can do about them.

Why the Fish Body is Bent

Tuberculosis and scoliosis are the primary reasons why your fish’s body is curved or bent.

The bacterium Mycobacterium Marinum is the culprit for fish tuberculosis. This bacterium is highly contagious, which means one fish can easily spread it to others in the same tank or aquarium.

Fish tuberculosis or TB is a chronic disorder and may take some time to progress.

One of the major symptoms of fish tuberculosis is a bent spine.

If one day you suddenly noticed and asked why is my fish suddenly bent, then check for other symptoms of the fish listed below. Doing so will help you pinpoint if the cause of the bent spin is tuberculosis or something else.

To avoid tuberculosis in your fish, you must clean the tank regularly. Should you wish to add a new fish to mix with others, then quarantine the new fish first before adding them to your tank.

It’s not just humans who suffer from scoliosis. Defined as abnormalities in the lateral curve of the spine, scoliosis usually happens at the larval stage or fish fry stage of the aquarium fish. It involves the deformation of the fish’s spine, which is characterized by a C shape or an S shape.

The larval stage is the second stage of the life cycle of the fish and is when the fish is living off a yolk sac attached to their bodies. The fry stage is the next stage, which occurs when the young fish now called fry is now ready to feed on their own.

Because scoliosis is typically left untreated for the lifetime of the fish, it negatively affects its health. Scoliotic fish can have difficulties swimming and are often bullied by other fish.

Below are the triggering factors of fish scoliosis. 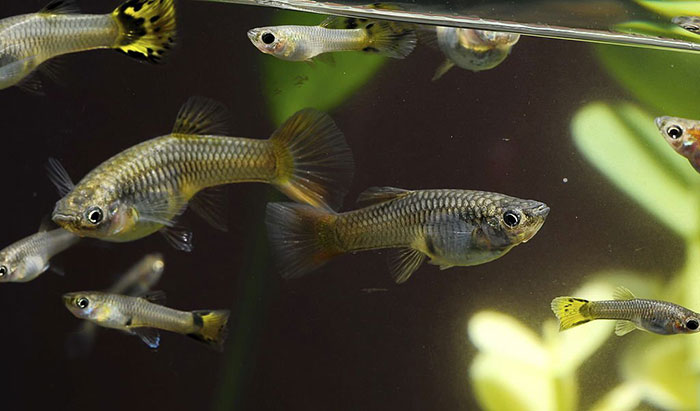 The top cause of scoliosis among fish is the deficiency in ascorbic acid. The deficiency affects gill tissues or cartilage.

Inbreeding typically leads to fry with spinal abnormalities. Inbreeding generally happens when there is a small gene pool.

Diversifying the gene pool can help avoid bent spine issues due to inbreeding.

Genetic factors contribute to fish scoliosis, just as inbreeding does. A disease can, after all, be transmitted from parent to child. 90 percent of scoliosis-affected female fish will pass the disease onto their offspring.

It is suggested that you prevent your fish from reproducing if they suffer from scoliosis, as their offspring would be likely to inherit the condition.

It is also possible for fish to develop scoliosis if they are raised in poor tank conditions and eat a bad diet.

For instance, many tank owners often feed poor-quality dry food to guppies, one of the most popular aquarium fish species. Overcrowded aquariums, low oxygen levels, and poor quality dry food can cause them to develop scoliosis.

Much like with humans and other animals, a balanced diet and clean environment are also important for fish to prevent them from developing any diseases. As such, aquarium owners should ensure that their tanks are well kept and their fish are eating nutritious food.

One should keep in mind that overcrowded tanks often result in a messy and unclean environment. Checking the aquarium for the following parameters regularly is necessary.

If you take a closer look at the tank and started asking why is my fish body bent, then consider that the fish might have tuberculosis or scoliosis. Fish bent bodies are mainly caused by these two factors.

Identify other symptoms, and if you suspect tuberculosis, separate that fish from the rest of the tank. You can also prevent fish with scoliosis from reproducing to limit the number of fish with the disease born. The faster you act when you notice that your fish has been bent is useful in minimizing the possibility of the disease spreading.