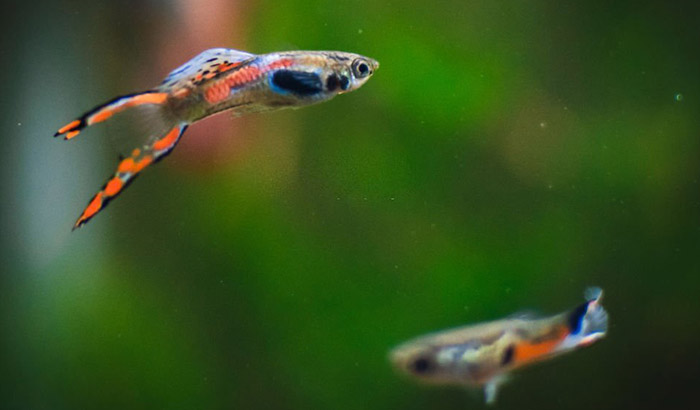 Of all the fish you can put in the fish tank, the endlers and the guppies will confuse all aquarium owners due to several similarities. Elders resemble many physical similarities to guppies, making them look like the same species.

But what is the difference between endlers vs guppies? From afar, they look the same, but there is a difference in body shape and color patterns in the body. There are also some differences in the behavioral pattern, which will be discussed in the list below:

From a distance, they may look the same, but if you examined them closely, there would be some differences in these two fish species, especially in their body shape. You will find the thickness in the caudal peduncle, which is the strong muscles of the tail.

On the other hand, checking closely at endlers will tell you that they are much more slender in their body shape compared to guppies. Their caudal peduncle is much thinner compared to the same part of the guppies.

You can also tell the difference between endlers and guppies by size. A normal endler can grow up to 1.8 inches when fully grown. The female endlers can also grow the same size, but there are chances that they can grow a little bit longer.

These two species can also be differentiated by the color patterns of their body. As for the guppies, you will find the male ones with several blemishes and imperfections in the colors of the body. You will find several colors such as blue, silver, orange, black, and other colors.

Meanwhile, female endlers come with several color patterns, such as black, orange, and metallic green. Also, there are several endlers with transparent dorsal fins. Although, the color of this dorsal fin can be changed and manipulated using the selective breeding technique.

When comparing female endler and female guppy, the female ones are difficult to differentiate since they are more reserved. Female guppies look very simple and plain, but you can see some occasional colors on their tail.

The female guppy usually comes in silver gray, or grayish color. You will also find the caudal peduncle area non-transparent. You will find the female endlers peduncle area a little translucent with lesser color on the tail while the plain color is golden gray.

You can also tell the difference between endlers and guppies by the structure of their tails. Male endlers usually have a tail which looks like a swordtail. It comes with spikes that are long enough to stick out at the end part.

The endler’s tail will also let you distinguish between the female and the male ones. Apart from resembling a swordtail, the tail of male endlers is rounded with different lengths. The female endlers come with small transparent tails.

The fins of the two species also differ from each other. You will find that guppies come with large flowing fins, while the fins of the endlers are usually smaller compared to the guppies. Female guppies have larger tails and usually come with some colors in them. 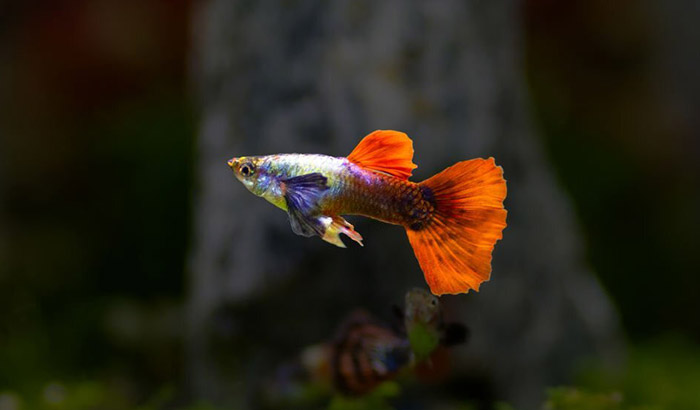 There are also some differences in the other parts of these two fish species, which cannot be seen just by looking at them from a distance. However, these differences only show that the two fish are completely different:

The difference between endlers and guppies will be confirmed that they are two different species. It has been well-documented that some people claim these two species are the same. But these two fish are completely different and distinct from one another. So, if you plan to take care of them, make sure to know their difference before putting them in your fish tank.