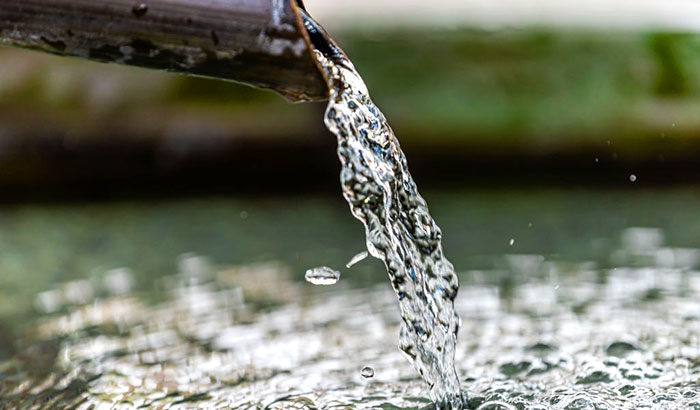 This big and colorful fish is known to be very accepting of tap water parameters. There are many types of platies, and all can easily thrive in the fish community of your aquarium that uses tap water. This fish will also nibble different stuff such as algae, extra food, among others. They also thrive with all those extra minerals found in tap water.

If you are looking for a fish that really wants tap water, it should be the guppies. There are so many varieties of this fish, and most thrive in tap water. Also known as million fish or rainbow fish, it is said to be the most widely distributed aquarium fish species.

This live-bearing fish has been introduced by many environments and is now already found anywhere in the world. Guppies are also known to quickly reproduce which means you will need a minimum of 10 to 20-gallon aquariums because they reproduce quickly.

This small and robust fish is known to be very tolerant of different water conditions but is known to thrive on tap water. They can live in cool water but can also survive in hard water as well. Its name is derived from its body pattern, which resembles the stars and stripes.

This fish species also thrives in cold-water community fish tanks and usually likes heavily-planted aquariums. The reason behind it is they are excellent algae-eaters. This fish is also expected to add color to the aquarium landscape while also eliminating those unwanted algae on your fish tank.

This fish originates from Africa and thrives in tap water. Physically, this fish is the bigger tetra and has a bigger appetite, but they are gorgeous, especially the male ones. This fish also mixes with the other fish in the community, especially the one which has the same size.

The congo tetra comes in a typical shape but with larger scales. When this fish grows old and mature, the luminous colors of the fish will be on the front and on the back. This fish also comes with a unique tail fin which will be developed into grayish-violet feathery appendages and beautiful white edges.

Mollies thrive in tap water, particularly hard water with high pH levels. As an aquarium owner, you will love that they get so big and have an excellent-looking tail fin. I also love that they come in different colors and also love to eat algae.

If you have a freshwater fish tank, I expect the molly to be one of the staple fish. They are very popular and come with very low-maintenance requirements. There is also a wide selection of species to choose from, making it perfect for your fish tank, which uses tap water.

This fish is not known to be a tap water fish, but it does not matter because it still does well when living in this type of freshwater. This fish is tolerant of the spectrum of tap water and is still able to survive and thrive easily.

Many aquarium owners think this fish is probably one of the most under-appreciated freshwater species with so many things to offer. This fish is also excellent for community tanks and is known for being low-maintenance while providing an excellent view to its audience. 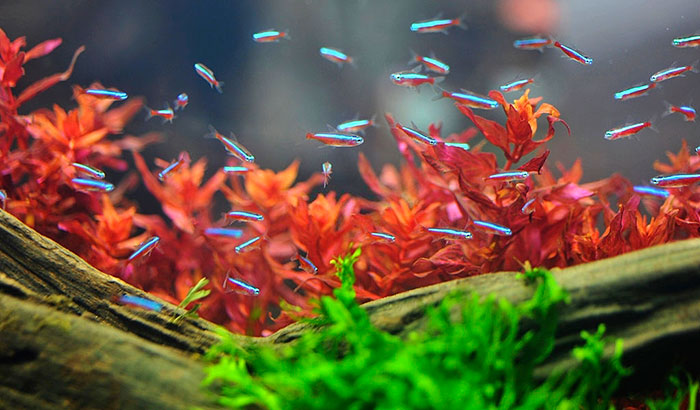 This fish is well-known for being colorful and likes tap water. This fish tends to grow big, up to 6 inches, depending on how you are feeding them. The best thing about this fish is they also mix it well with other freshwater fish.

This rainbow fish comes with very color-changing characteristics and is probably one of the most exotic fish you can have in your aquarium. This type of rainbow fish also looks very eye-catching with its deep blue color combinations.

This species is more on the bigger side which can grow up to 4 inches in size. It also comes in bright yellow gold color and also thrives well with tap water. This fish also mixes well with other fish such as Congo tetras, rainbow fish, and other community fish of similar size.

Also known as the “Striped Panchax Killifish” or “Mallabar Killifish”, it is one of the more colorful breeds of all the freshwater species. This fish is also very low-maintenance and easily adapts to the conditions of your fish tank.

This type of fish thrives well on water with higher mineral content, such as tap water. Although they do not want a higher pH level, lots of mineral content will enable its reddish color to shine through.

Physically, this fish is small and comes with a compressed body. You can easily identify which is the male or female as it exhibits sexual dimorphism. The male one exhibits a bright red stripe running to the length of the body.

The dwarf neon rainbowfish does well on tap water. This fish lives a long time, which is pretty impressive, but the most amazing thing is it’s easy to distinguish between males and females. Those fish with red fins are the male, while those with yellowfins are the girls.

This fish is also very adaptable and easily settles in the conditions of your aquarium. It is one of the most intelligent and beautiful fish you can have in the fish tank. If you keep these fish happy and healthy, expect them to be very active and amusing to the eyes.

Stop asking if can you use tap water for betta fish or can you use tap water for goldfish because you can. If you wonder what fish can live in tap water, there are plenty of them. We have provided ten recognizable aquarium fish that easily thrive in this type of water. For sure, there are still many varieties that are not listed that can make your freshwater aquarium lively and amusing.